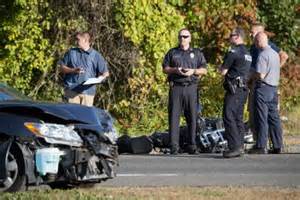 Crash Analysis and Reconstruction is the scientific process of investigating, analyzing and drawing conclusions about the causes and events during a vehicle collision. Officers certified in this field conduct in-depth collision analysis and reconstruction in order to identify the crash causation as well as contributing factors, including the role of the driver(s), vehicle(s), the roadway and the environment.

The laws of physics and principles of engineering such as the conservation of linear momentum, work-energy methods and kinematics are the basis for these analyses, and investigators may make use of software to calculate useful quantities. The crash reconstruction provides rigorous analyses that an expert witness can present at trial.

Traffic crashes are reconstructed in every case that involves fatalities, and often when personal injury is involved. The results from crash reconstructions are also useful in developing recommendations for making roads and highways safer, as well as improving safety aspects of motor vehicle design.

Our department's crash reconstructionists also take advantage of an LTI laser measuring instrument, referred to as a "Total Station." This instrument is used to map the scene of a crash. The officers then take this information, enter it into a computer program, and create scaled diagrams of crash scenes. The diagrams can then be used for measurements as well as applying equations in an effort to determine speeds of vehicles involved in a crash.

In addition to Officers Rogalski and Murray, Detective Dennis Scribner and Officer Alan Schadel have been trained in the use of this laser measuring device and the associated diagramming software. This instrument may also be used to map and create scaled diagrams of crime scenes.