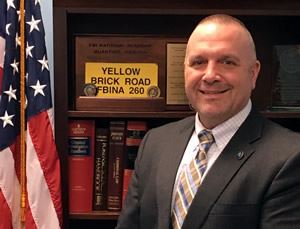 Chief Robert Alberti has continued to serve the Easthampton Police Department since 2000 when he began his career in Easthampton as a Special Police Officer. He was appointed a full-time Patrolman in 2002 and in 2005, Captain Alberti attained the rank of Detective - a position he held for approximately eight years. In 2013, Chief Alberti was promoted to the rank of Captain, the department's second-in-command, and in 2016 was promoted to the rank of Chief.

The Chief has administrative control of the Police Department for the City of Easthampton. The Chief's responsibilities include: